A Tale of Two Dogs

Did a day run today, wasn't sure it was suitable for this website, no photos you see. A good reason for that, a big Dobie boy, Gary rescued from a refuge in Tarbes by PAD and found a place in a pension temporarily in Bordeaux. The problem was that at both ends he was transferred from car to car at the side of very busy main roads. It was all that we could do to avoid being run over, let alone take pictures.

The story had an additional sadness too. Originally I was to have taken a Dobie girl, Brianna, (what a lovely Welsh sounding name that is, in contrast to some of the awful names I come across) as well. But she had an illness which had stripped her of all her fur and my first stop in Bordeaux was to have been at the vets, before some tender loving care after months of neglect.

PAD's president had been arranging this for some weeks and at last it had all come together. Then the awful news that, after waiting so long, Brianna died in her kennel on Saturday night, all alone and cold. She was found by the morning staff on Sunday morning.

My trials to get there this morning, a car which denied me entry because the doors were frozen shut, the garden gates similarly requiring the hot water treatment before I could drive away, the snow and ice on the road north of Périgueux and the fog to the south of it, making me an hour late for the rendezvous, all pale into insignificance when I think of this poor dog finally giving up the ghost just hours from salvation.

Despite the fact that big, gentle Gary was a perfect companion for Roady and me, quiet and uncomplaining in the, for him, rather small cage, taking photos just didn't seem to matter so much. But he is big and strong and, I hope, will make someone a really good friend one day soon.

However, courtesy of the forum of Protection Associative de Dobermann (PAD) here are some pictures taken earlier. 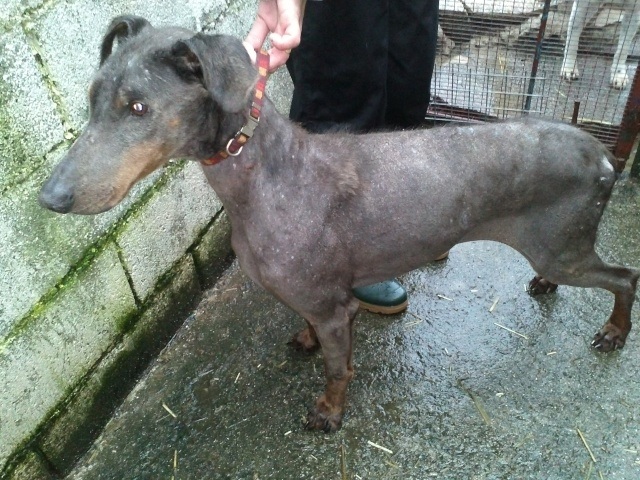 The late Brianna, if the wet concrete floor is anything to go by, the only wonder is that she lasted so long in this condition 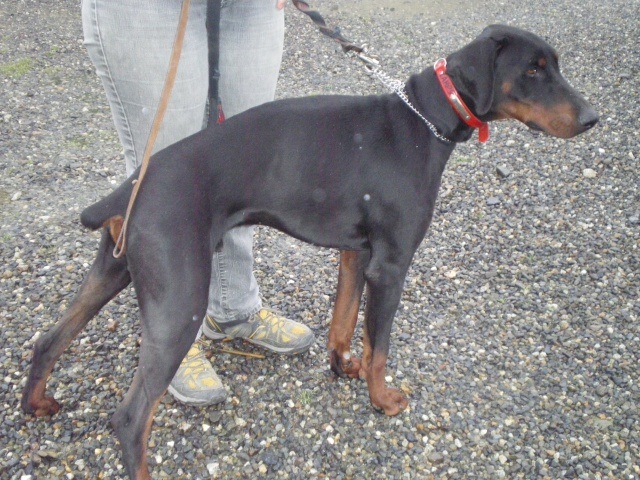 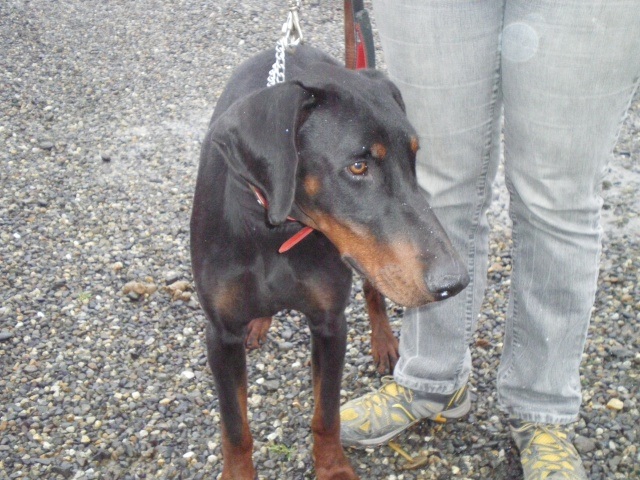 And the handsome Gary, now renamed Goupix, soon I hope to be in a new home of his own 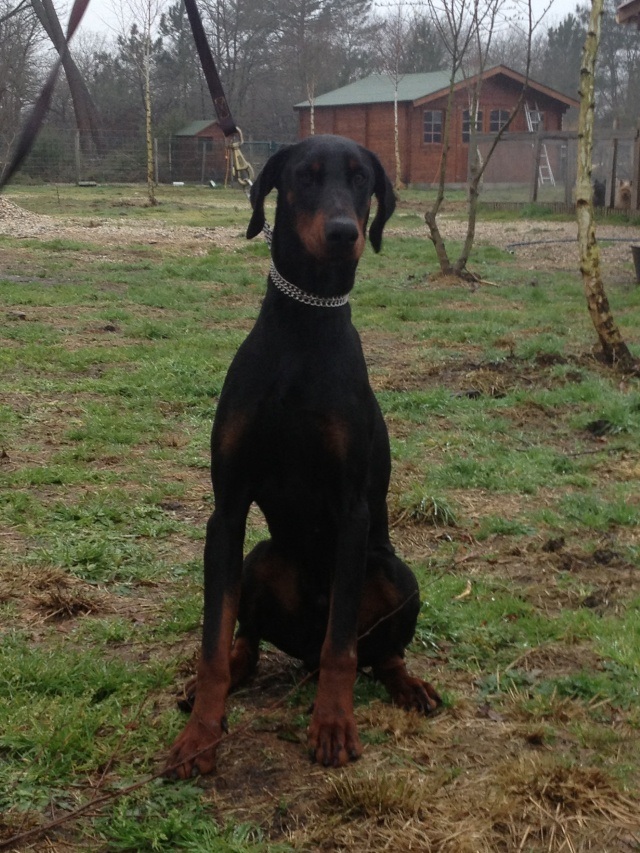 And now in his spacious pension