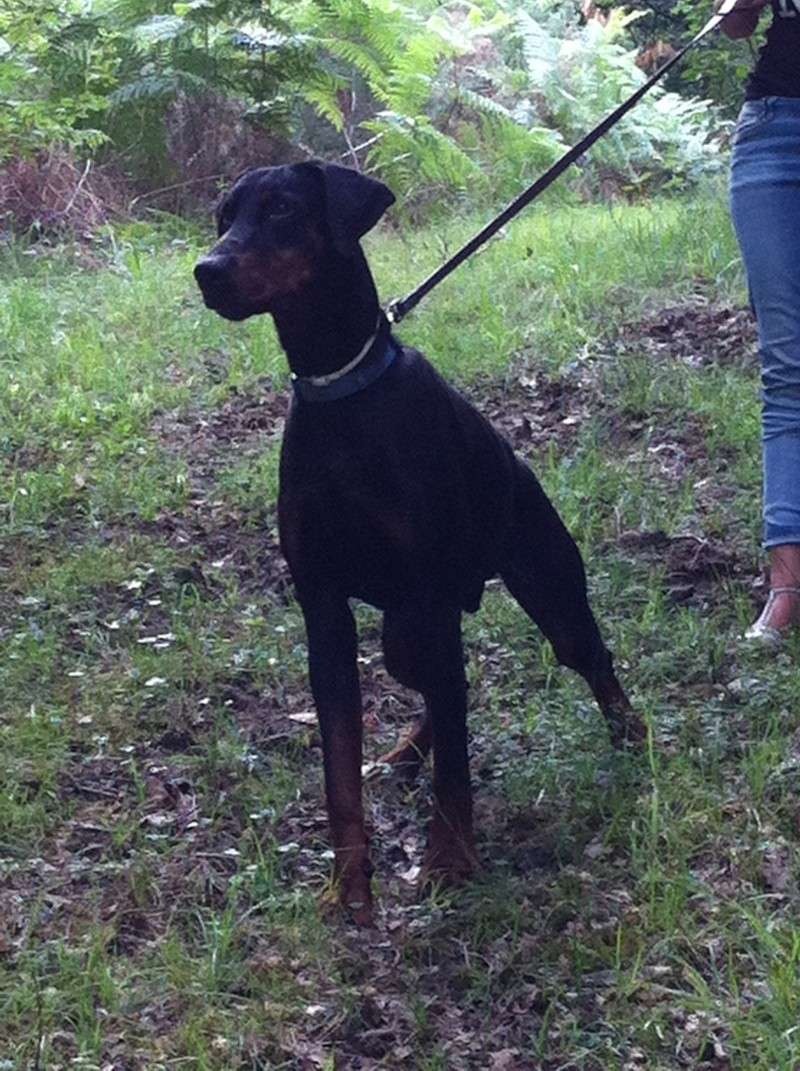 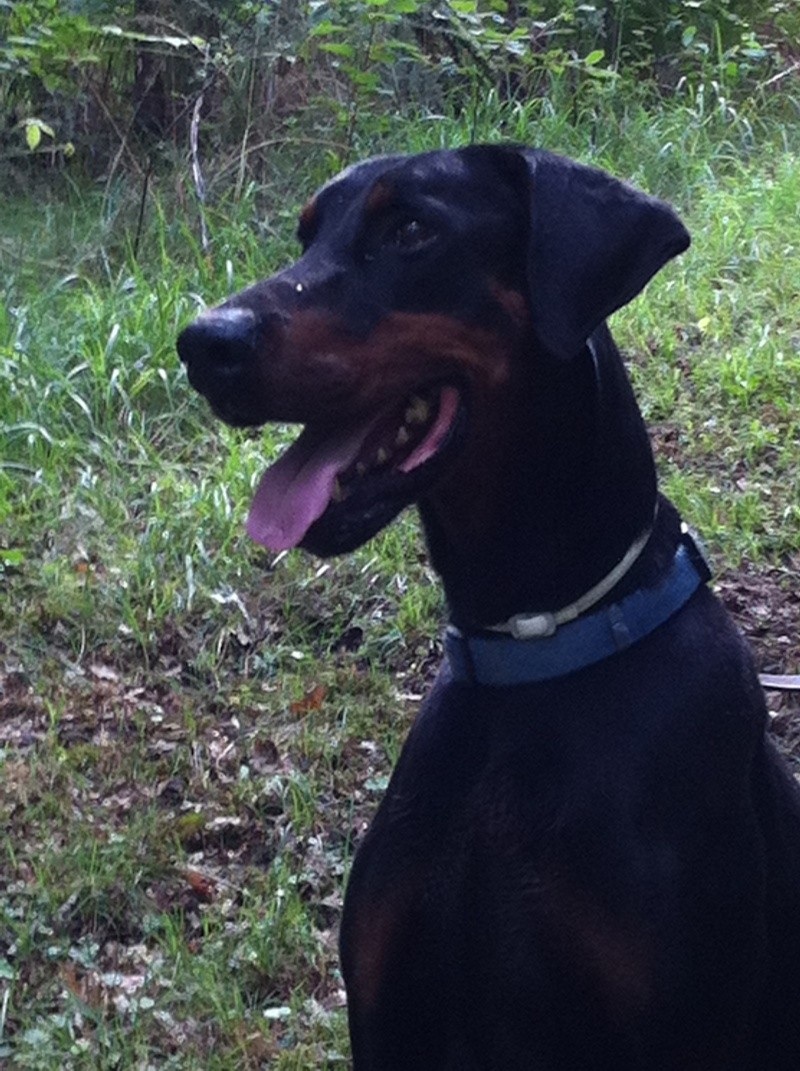 Back in November 2013 I set off in the early morning to a pension up the Medoc peninsular north west of Bordeaux. My mission was to collect a Dobermann male, Drago, and take him to his new owners in Nantes.


Normally in a case like this, I would travel down to chez Nathalie the evening before, eat and sleep at a routier nearby and be fresh for an early start the next morning which would get my passenger to his new home in one go, without the need for him to sleep in the car overnight. This case was different. Because the new owners already have a large dog and bearing in mind the time of year and early nightfalls, they were particularly keen that we should arrive in daylight and that I would remain with them for an hour or two to make the integration of the two dogs so much easier. Of course I agreed and so we set off that morning, not for Nantes, but for a favourite routier of mine, Le Relax near Montaigu.

Drago proved to be a big strong lad, though in common with all of his breed that I have met, perfectly gentle with it. Because of this I followed my convention at the time and left him free in the back of the car without restriction in a cage. He was though tethered on a lead to an anchorage point at the rear the length of which was calculated (or so I thought) to stop him joining me in the front. All was well until we arrived at a refuelling point near Mirembeau. As I opened the door he was suddenly on my shoulder and I found it impossible to push him back. As he was still tethered I risked leaving the vehicle anyway and then, with both feet on the ground, was able to turn and firmly grasp his collar with one hand while with the other open the side door and release the lead clip to bring him safely outside the car. After a brief walk round I persuaded him to re-enter through the back door but this time into the open cage which he had earlier by-passed. And this time the door was shut! 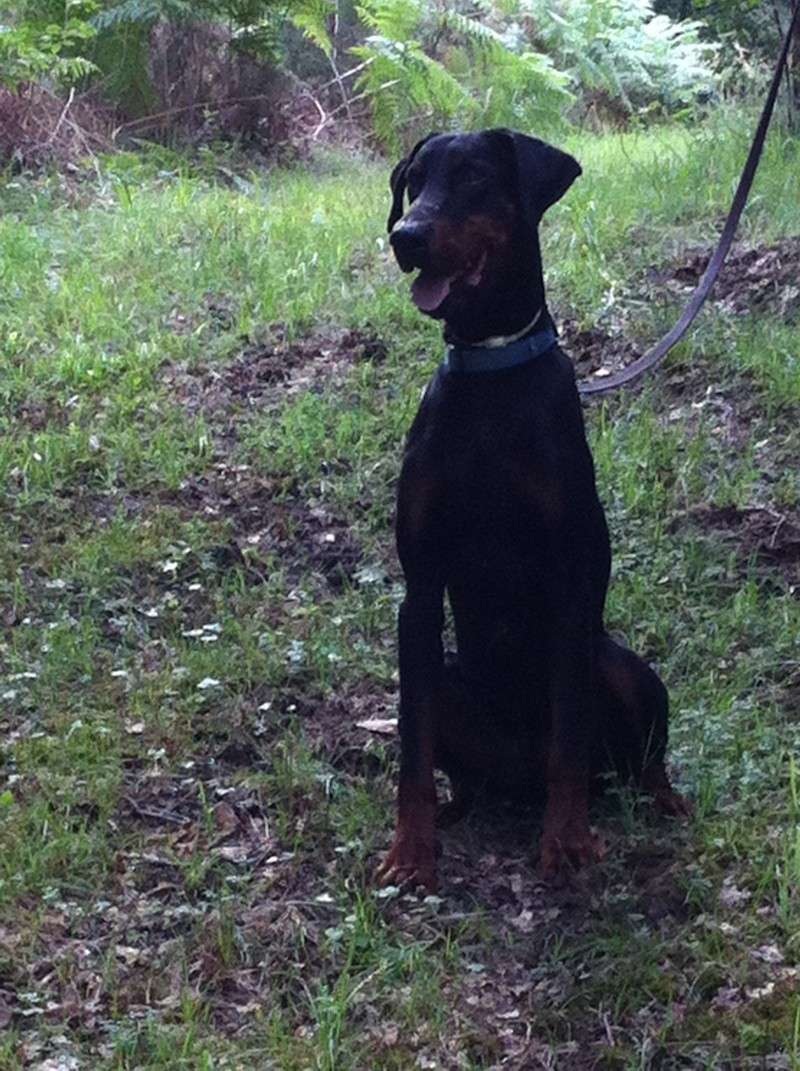 No further problems on the road including after arrival at the routier though, after a long after dinner walk up the lane alongside it, he was a little reluctant to go back in again. I was assisted in this by a fellow routier driver with whom I had been sharing a table in the restaurant. In the morning, of course, I couldn't leave without giving him a short walk and a drink but this time he was a little more amenable when it was time to leave. 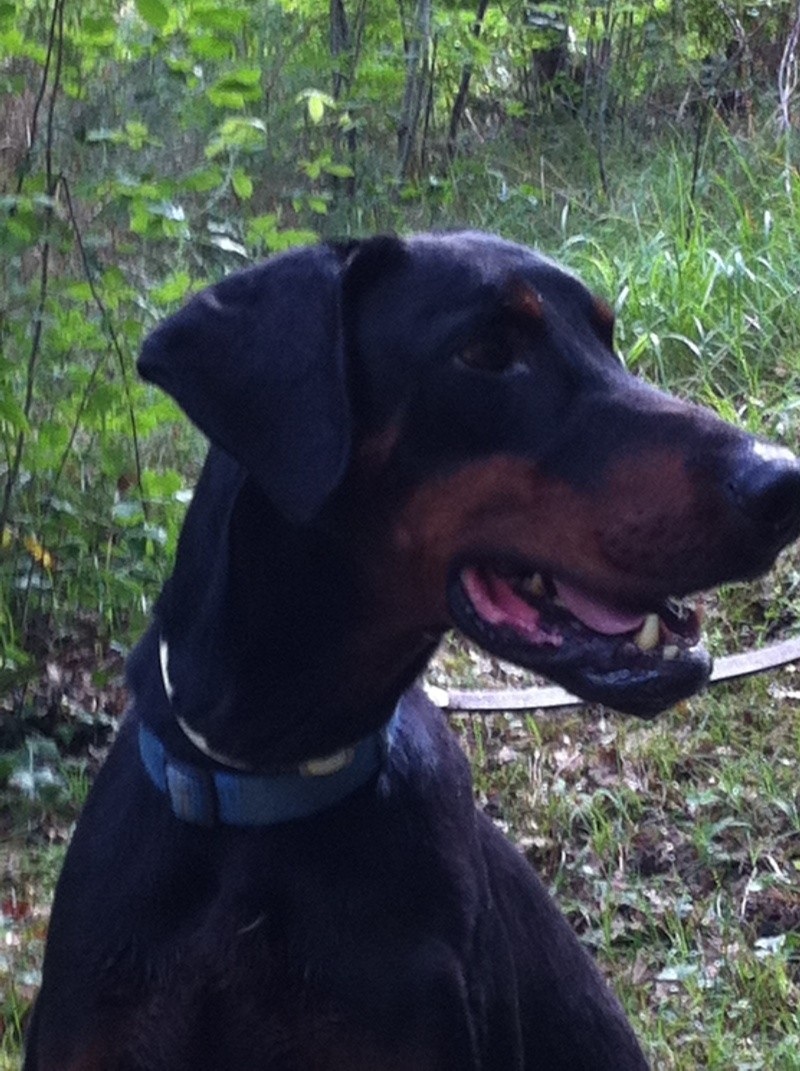 We arrived before time at 9am and were admitted through the gates to the large garden beyond. Their dog, a female Cane Corso, much smaller than males of the breed, and looking more like a black Boxer was kept on a short lead as he emerged, similarly restricted. At first he lunged forward rather ferociously, though I believe that that was a dominance issue rather than a real desire to attack. We then spent an hour or so walking round the garden, a walk which produced no further problems and on which both dogs were allowed ever closer together. When the ritual bottom sniffing began, without rancour on either side, and after a further precautionary period of the two walking close together, they were both freed from restraint. The remainder of my time there, about half an hour or so, was spent chatting over coffee with the two dogs roaming in perfect harmony. Imagine my surprise then, when, some days later, I was asked to return and collect Drago because of his threatening behaviour towards his new companion. But that is for later. First, Bing's story. 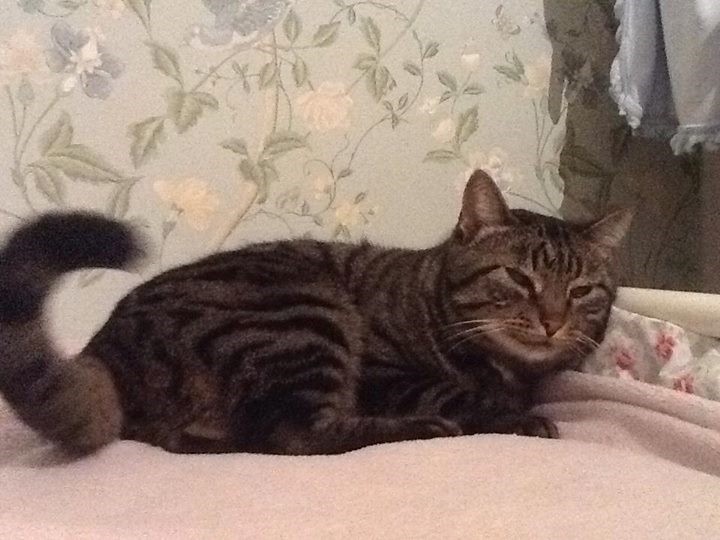 This move had been projected for many months. Bing is a male cat, the beloved pet of a widower who needed to sell his house near Figeac in order to rejoin his family in London. The delay was not just the sale of the property but an ongoing medical problem which had to be resolved first. Finally I got the message that we were on and, accordingly drove down to the Airport, a routier resto near Livernon, about half an hour away from the collection point. As might be imagined, being right next to a small airfield it was on the highest bit of ground around and, as I approached, freezing fog was rapidly descending. My Teardrop is reasonably well insulated and I have a nice warm double quilt so had no qualms about the night ahead. The meal over I settled down but did have some trouble getting to sleep. It seemed as if the fog had percolated the skin of the pod. I buried my head under the covers to warm my body with my breath, (but this can't go on for long at a time without suffocating!) and drew my legs up as tight as I could to survive the night. Thankfully I did, but was very pleased to hear the alarm in the morning when I could get up and go into the warmth of the resto to eat and wash. 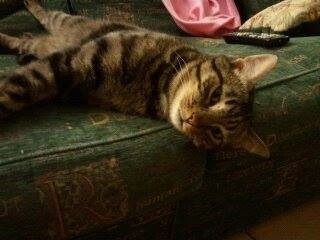 Despite the continuing fog I found the house in the countryside outside of a small village without difficulty and was soon inside chatting over a cup of tea after my introduction to Bing. We placed him inside one of my cages next to his own, open, cat carrier with a litter tray alongside and then were off as the approaching sunshine burned off the remains of the fog. He was so calm and controllable that I did something that I don't normally do with cats, I took him out on the lead for a short walk at my usual rest stop on the A20. He wasn't at all keen however and jumped back into the cage as soon as he could. Then it was non stop to Dieppe apart from 2 fuelings on the way and I left him with some catfood as I ate my own evening meal inside the routier on the old docks. 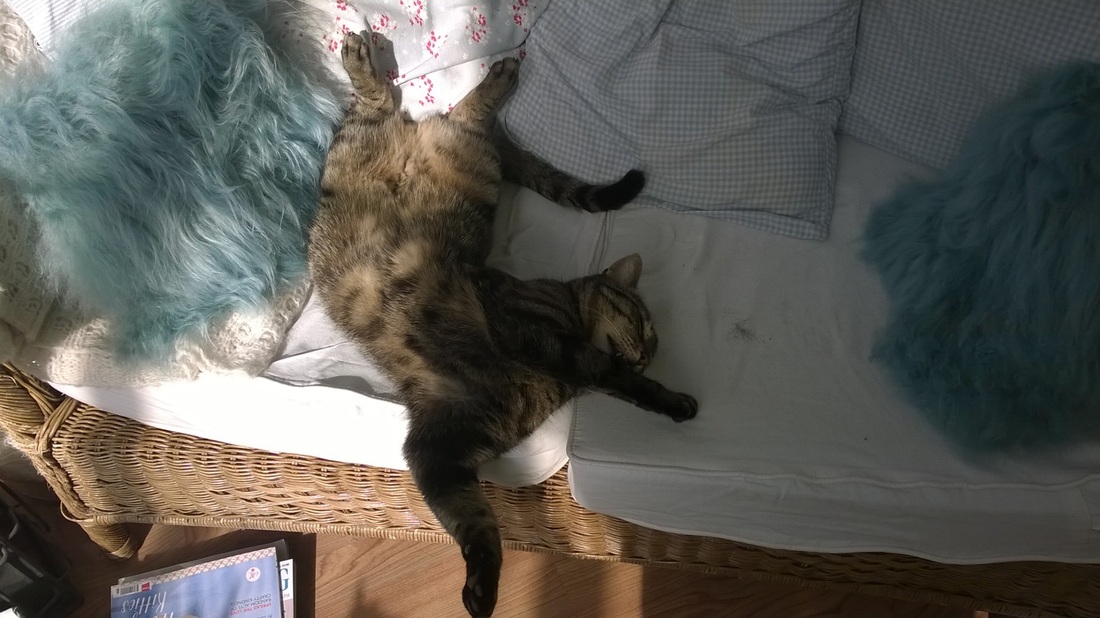 A very early start in the morning for the 5 minute journey round to the ferry terminal. With animals I am supposed to book in an hour and a half before sailing time, which for me in Dieppe means 4am. It doesn't really matter though as, apart from, in common with Newhaven the other side, there is usually already a line of vehicles lined up in lanes thus we don't get to the kiosk until much later than that. Also both are very free and easy ports, very friendly with a distinct lack of formality. A French breakfast on board, I always avoid the full English well done though it is, and go for my usual 2 little coffees, and 2 rolls with butter and jam, and 4 hours later we were rolling off the dock at Newhaven. 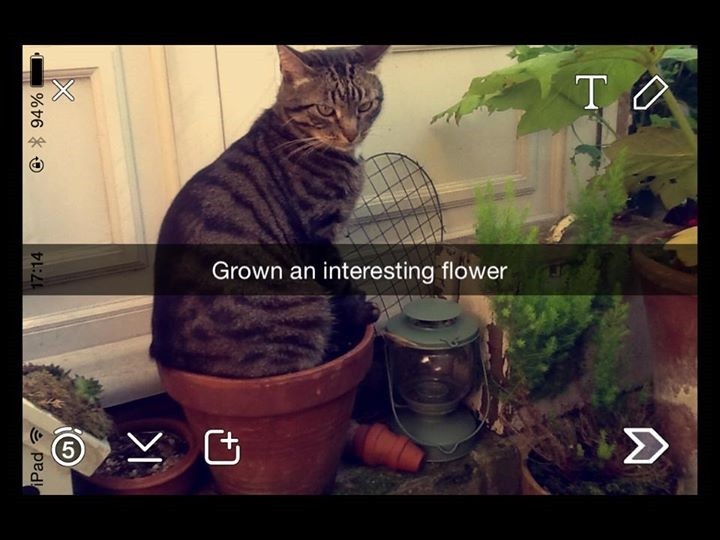 My route to destination couldn't have been easier and my printed crib sheet on the sun visor never led me astray. I pulled up outside the house in SE London on time at 11am and unloaded my charge to the excited family within. The cat's original owner was to live, not here, but with other relatives nearby and the cat had been given to a junior member of this household, a granddaughter.

With plenty of time on my hands it was back towards Newhaven but I peeled off to Worthing first for the traditional pub meal in the evening with my cousin. This leaves us plenty of time for a family catchup and an easy run back the 45 minutes to the port for the 11pm ferry to Dieppe. There, on arrival at 4am I pull out of the port and go to bed, not much chance for sleep on the ferry, to get up about 10 for the normal run home in time for our evening meal.

This time was a little different though. I did sleep till 10 and I did head for Rouen but there the similarity ended. Halfway along that route I turned off west on the N27 to pass by Caen and Rennes and park up for the night at Nantes. This was because the aforementioned Drago, had reportedly turned nasty. We were all surprised by this, several of us having knowledge of his comportment with other animals but, nevertheless, the new owners were insistent, he had to go. Not only that but they had jumped the gun and placed him in a refuge on the southern outskirts of the city. I parked up at a routier under the bridge and set off over it the next morning arriving to find my big boy waiting in a large enclosure. Knowing his previous reluctance to enter the cage I decided to place him in the front, side loading, one. This is because I can pass a lunge rein through from the other side door to give him a gentle tug of encouragement if necessary. It wasn't, he quite happily leapt in all by himself and very soon afterwards we were rolling in the gathering light southwards towards La Rochelle. I knew we were going to the general area of Bordeaux but, it was not to be Nathalie's from whence he came, but another as yet undecided location. It was well to the south before I got the text 'La Pension de Virginie a Sendets, pres de Bazas'. This is to the SE of Bordeaux and I had a brief stop for refreshment and map check before continuing on our journey. This now took us around the eastern rocade, Rocade Interieur, as far as the turn off for the A 62 towards Toulouse. 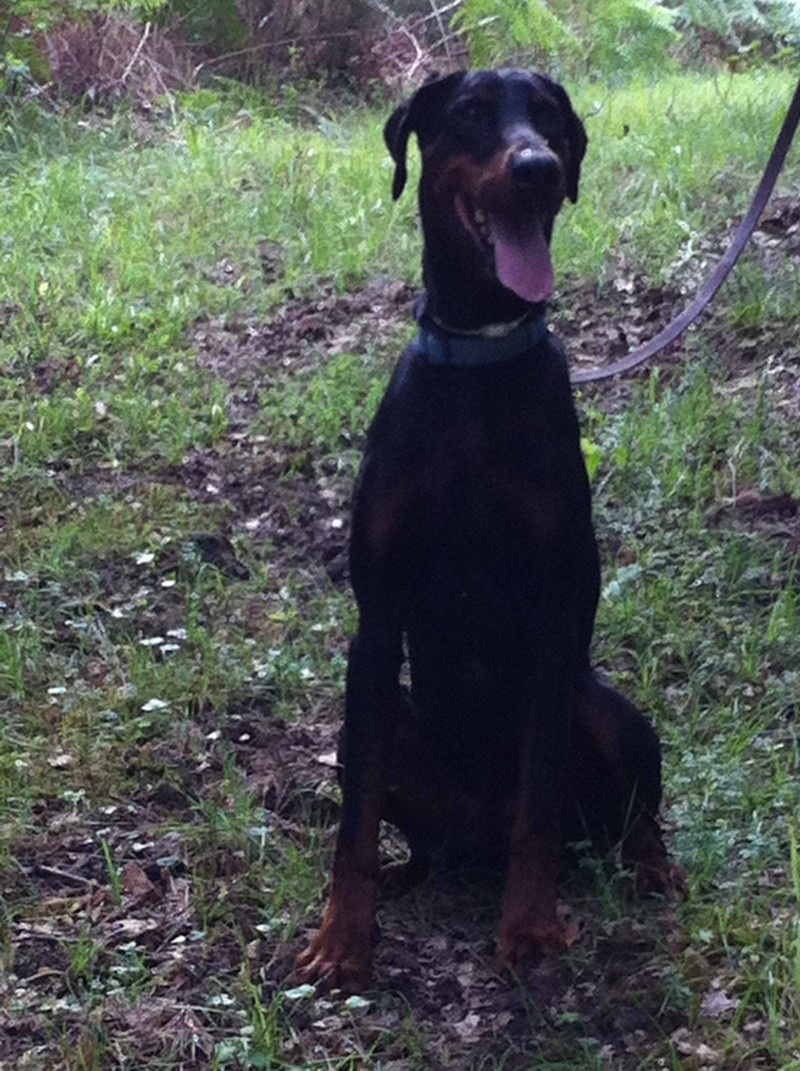 The pension is situated at the end of a rough track off a minor road in the countryside and I found it without too much problem. I had found a McDonald's and, for the price of a glass of orange pinpointed it exactly with Google maps. Virginie herself met me and paraded Drago around for a while as I took some photos before taking my leave. I was in no hurry, there wasn't enough time to make it home so I headed for a nearby routier at La Reole and parked up for the night. Unfortunately this was Friday night and this particular one was not open, but, always prepared, I had ham, bread, cheese, a nectarine and a bottle of red to fall back on and was soon fed and watered and tucked up in bed to read my Kindle before sleep. 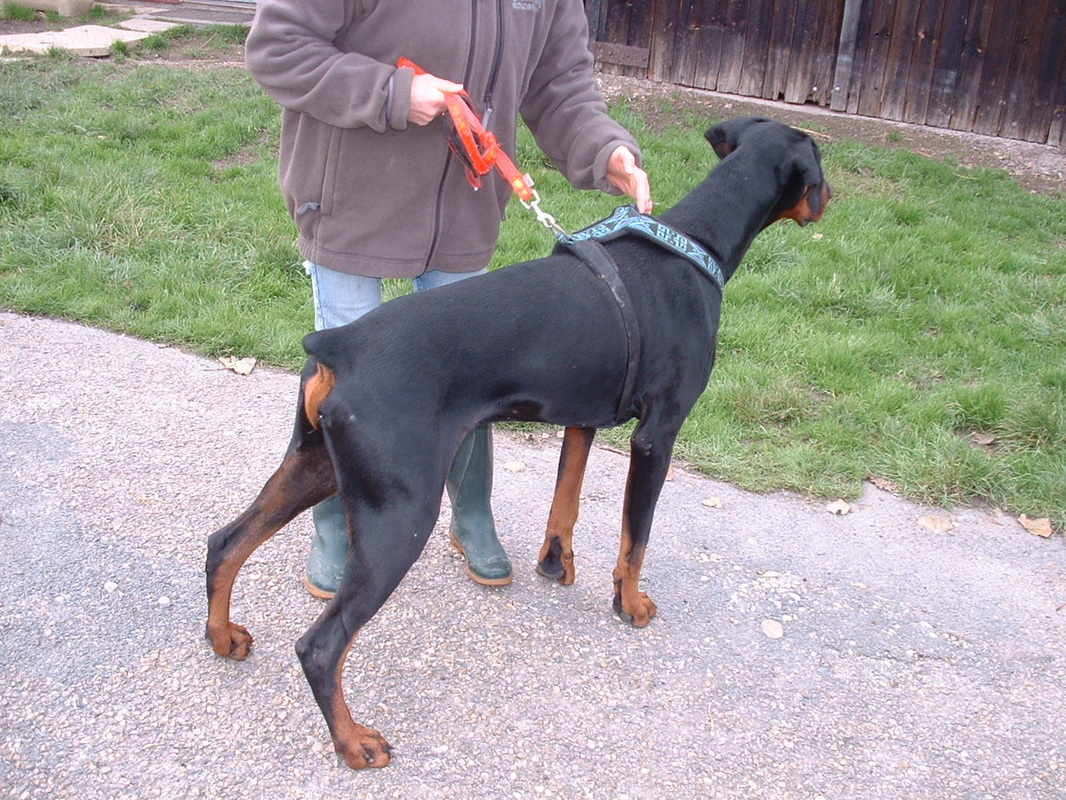 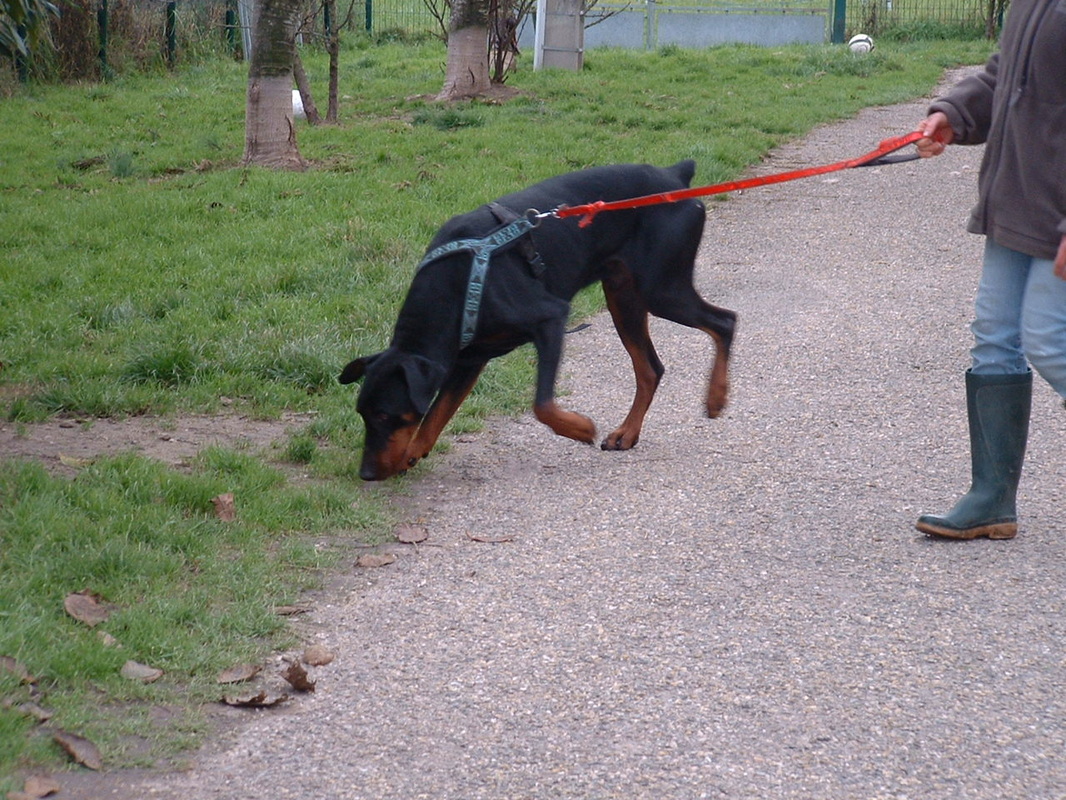 An early start in the morning got me home before the rest of the family were awake. Oh, and I had plans to make sure the awful night at Livernon wasn't repeated. Before my next trip I was kitted out with 2 double size quilts (1 layer under and 3 on top), a loose nit woolly hat which pulls down right over my face without suffocating me and a change of mattress. Out went the full size sprung mattress that came with the Teardrop and in went the large single foam one that I used to use before Teardrop in the car. I was never cold in there. And I haven't been cold since........

I spoke to Bing's new owners today (September 2014) and, after 10 months, he is enjoying his life as an English cat.  As can be seen by the photos they provided for me.

And Drago? He is still looking but there is an encouraging developement on the horizon. Fingers crossed.