Akira and Toby, They met in Bergerac, at the SPA after Akira, who was fostered with us, was adopted and taken to Perpignan by the new owners collecting Toby on the way. By the time they got there they were firm friends. As you can see


The first job was from Sue Glibbery's private refuge, Poor Paws, at St. Pantaleon in the Lot. There I collected a little chap called Ronnie. He was to go to another association, Siobain Duckworth's 'Hope' in the Deux Sèvres where she had a home nearby waiting for him. 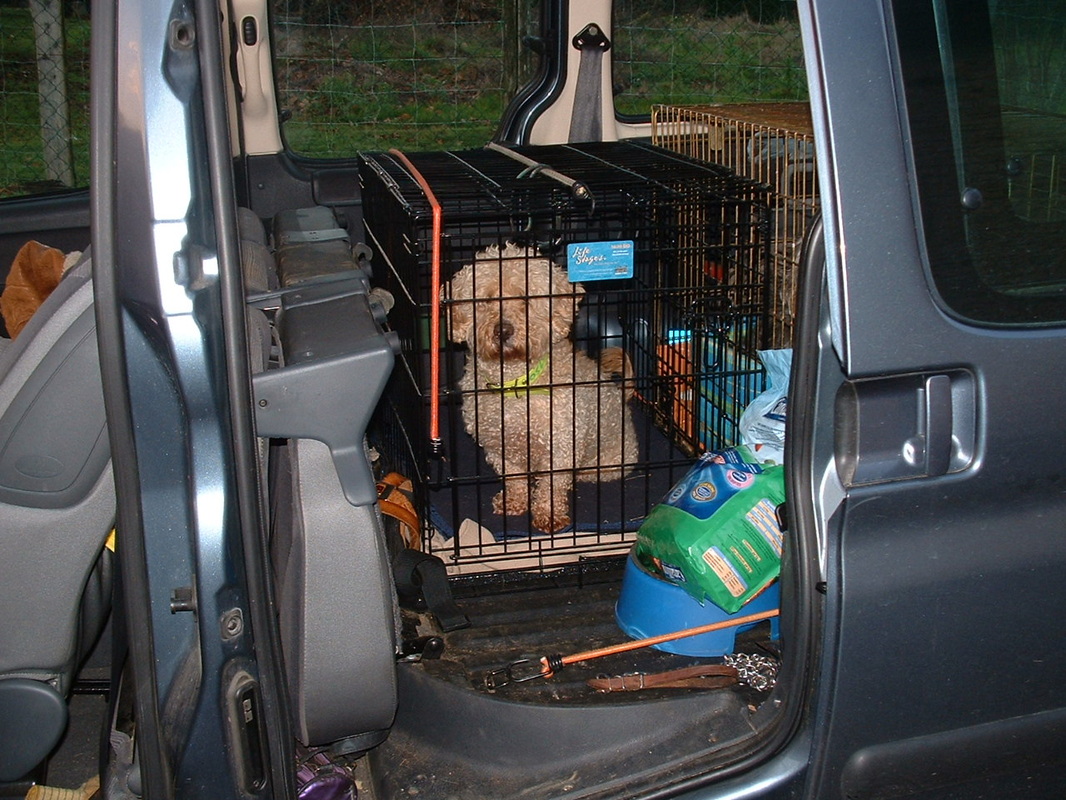 But he wasn't travelling alone. We had more kilometres to do before heading north, down to Auch in fact. We had a rendezvous at the airport there to meet a lady called Maja who was also going to Siobain's, and her own new home.

But first, Ronnie had an important request to make, only 1 hour into the journey. His persistant sudden crying made me stop in a suitable spot and I let him out. Just in time. He squatted and relieved himself of last night's meal. What a star, not all my charges would turn out to be so considerate.

Then back on the road again. We found the airport easily, a small affair just north of the town and settled down in the November rain to wait. After a little walk round he jumped back in the car while I bought a sandwich in the deserted bar. Soon a family arrived, I didn't question their reasons for relinquishing an obviously well loved pet and soon she was loaded into the largest cage and we were off. 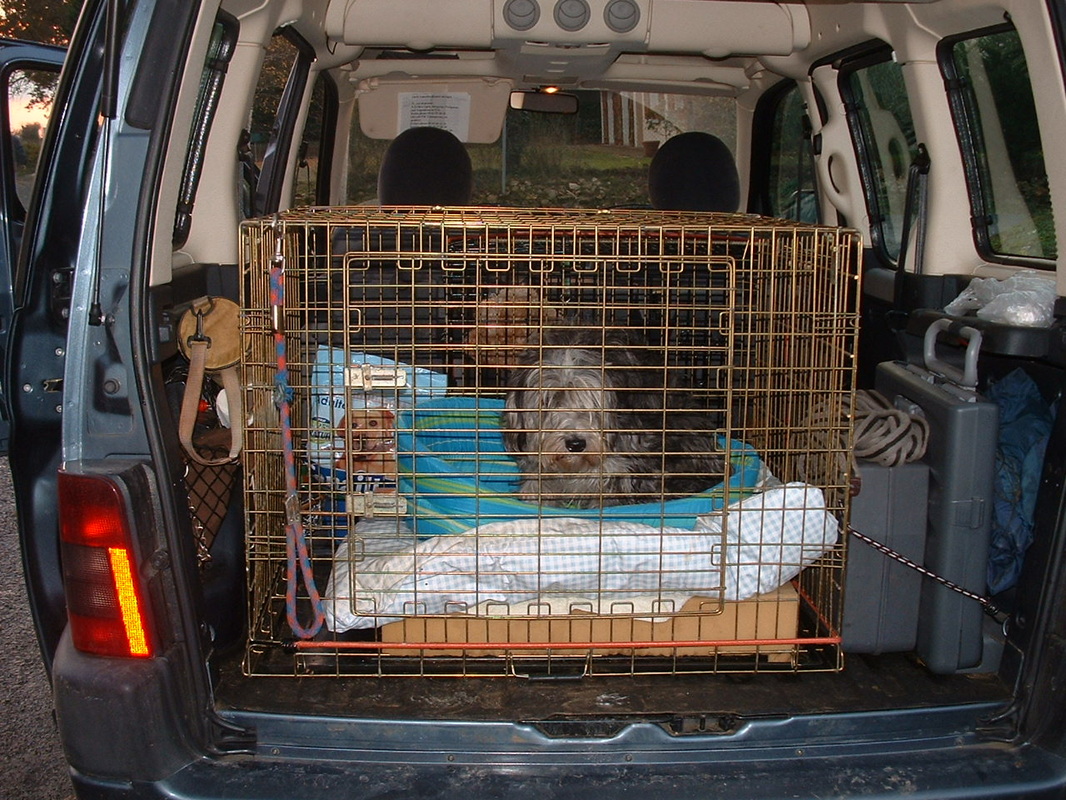 We stopped just the once, for a bit of a wander at Brantôme in the Dordogne, and then on to Clussais la Pommeraie. Our destination, 630 kms from my home. There the two newbies were introduced to Siobain's clan, I think about 12 dogs in those days, as I settled down to a welcome meal and then an equally welcome bed.

Siobain and I set off together in the morning, in seperate vehicles. Her to deliver Ronnie and Maja to their new homes, and me to my old one.